“Bobrow Brothers” was once another company that made cigars in Philadelphia, PA. 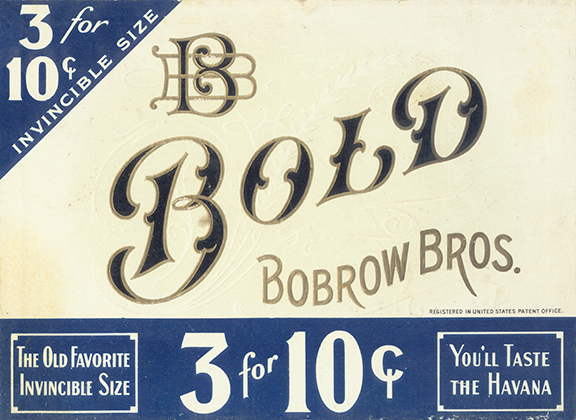 Our first place of business: a kiosk in the mall 🙂 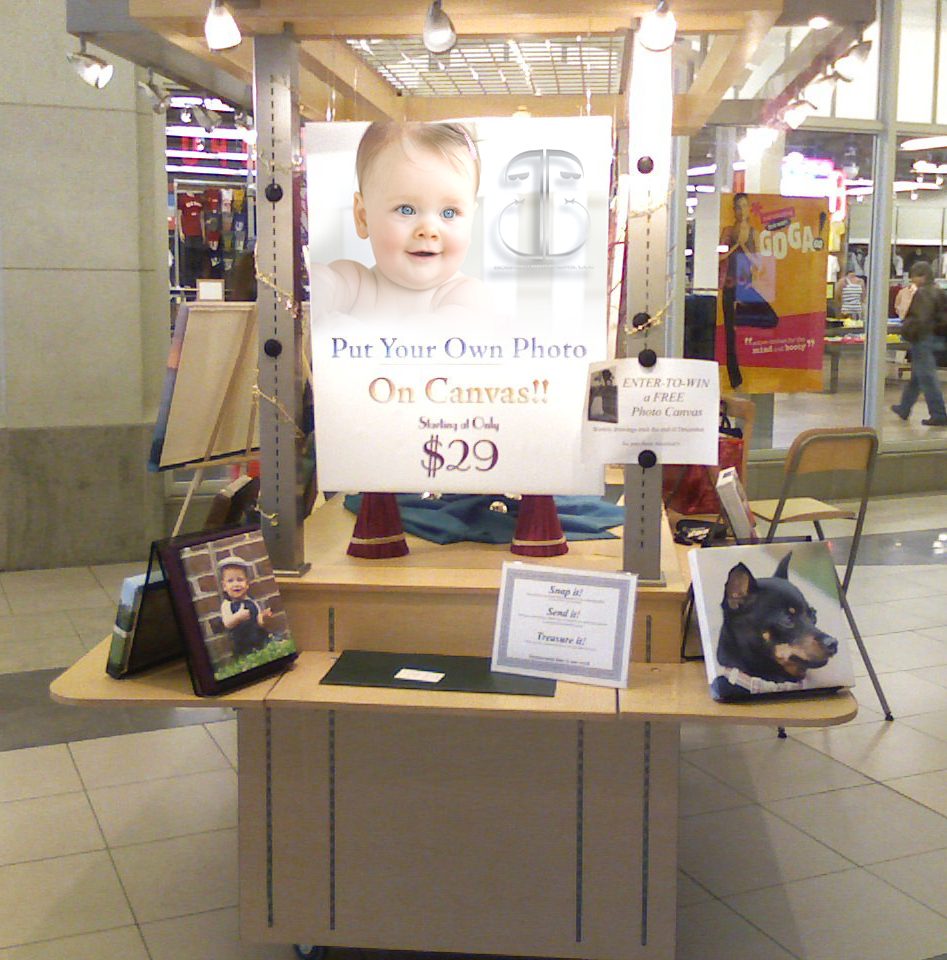 One of our first “Canvas Brothers” flier cards 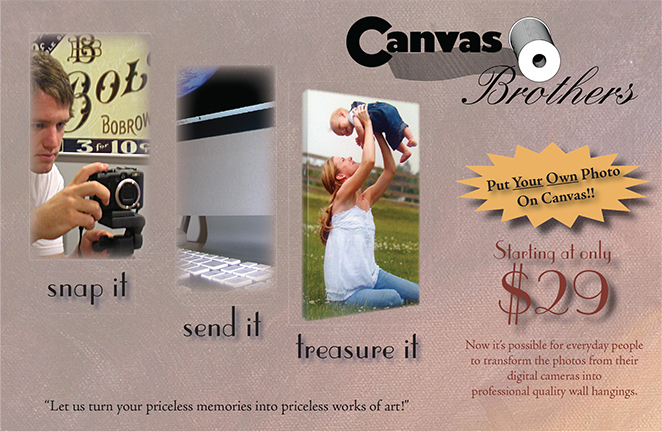 Canvas Brothers is the name of the canvas and wide format printing venture started by Mark and Brian Bobrow in Perry Hall, Maryland.

In the late summer of 2008 we both found ourselves between jobs and utterly dismayed at the prospects of working for other people.  The hard economy and lack of scrupulous employers had led us to the conclusion that to solve this dilemma we would have to start our own business.  The seed for Canvas Brothers was planted.

Mark, an artist and former graphic designer and Brian, a former youth minister, have a complimentary set of skills that when paired together create the basis of a great partnership.  With the start-up capital from Mom, our business began as “Bobrow Brothers Photos on Canvas” in September of 2008.

We purchased our first printer second hand from a photographer that was going through some hard times.  We bought some new computers, some software, a couple of saws and a few other tools and we were off and running. The first canvas we ever made was stretched in Brian’s basement and took us over an hour to complete.  It now takes us about 5 minutes to make the same canvas. We would soon open a small kiosk in the Harford Mall.  The kiosk was great, but there was a constant stress of keeping the station manned so we relinquished it after only a few months.  Our canvas printing business has always been well suited for the internet and that’s where we have done most of our business since leaving the mall. We changed our name to “Canvas Brothers” to better suit our online image and registered the trade name with the state of Maryland.

In the past few years we have added several printing options including many different kinds of papers, canvas wrapping, and even re-stickable PhotoTex stickers.  We also found a cool piece of software that creates photo-mosaics from hundreds of images.  We love that our business is always evolving as new options become available.  It keeps us from ever being bored!

A few years ago we bought our Uncle Bill’s business known as Barefoot Willies. Its purpose is to produce creative and innovative motorcycle accessories including the patented “Cool Rider” cup holder.  This second business has been another great learning experience about selling our wares online.  We try and split our time evenly between the two ventures with hopes of growing both into online powerhouses.