In the summer of 2010 we had the great pleasure of getting to work with some “extreme”ly talented folks on the set of ABC’s Extreme Makeover Home Edition.  We were lucky enough to be selected to do some printing for one of the rooms in the Boys and Girls Hope of Baltimore’s new house. It was so cool to work with individuals that really cared about the project and the people they were helping and not just about making good TV or money.  These good people are genuine and are making a difference.  It was a great honor to have been chosen to help out if even in just a small way.  I hope we get the opportunity to work with them again in the future.

This gallery below shows some screen captures of the episode and rooms that our printing was featured in.  The girl whose room we are in had aspirations of traveling the world.  The concept was to decorate the room with large printed currency from different countries, so the girl would be inspired to learn more about those countries and hopefully someday get the opportunity to visit them. We also did some black and white prints for the main volunteer’s office. 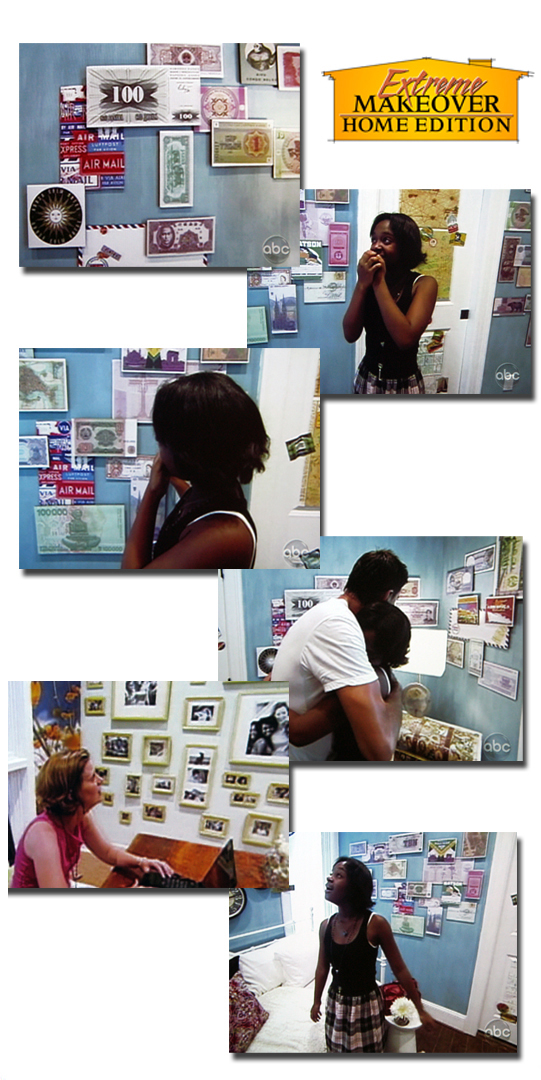